home | about | writing | downloads | contact
I am a day dreamer and a night writer...and a lover of words

Welcome to Kai’s
BOOK SHELF
PORTFOLIO OF WRITING and WORDS​

My Pen Name: The Greek God of Opportune Time
​Kairos is my pen name. It gets shortened to Kai. Let me explain the meaning according to several philosophies and my personal experience with it.

Kairos (καιρός) is an Ancient Greek word meaning the time when conditions are right for the accomplishment of a crucial action; the perfect opportune and decisive moment. From the Greek meaning literally ‘opportunity’.

The Concept of Time
The ancient Greeks had two words for time, chronos (χρόνος) and kairos. Chronos means chronological or sequential literal time. Kairos signifies an opportune time for action. Chronos is quantitative and Kairos is a qualitative, permanent nature. 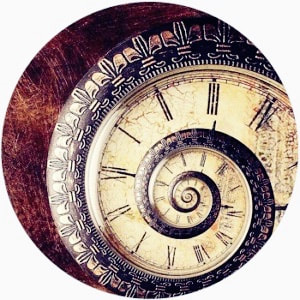 Aristotle’s thought Kairos is the the time and space in which proof will be delivered.
​Philosophies
Richard Broxton Onians (1899 - 1986) was a classicist who published The Origins of European Thought: About the Body, the Mind, the Soul, the World, Time and Fate in 1951.

In his etymological study of the word Kairos, he traced the primary root back to the ancient Greek affinity for archery and interestingly, the art of weaving. His analysis suggested that kairos is the moment an arrow may be fired with a sufficient amount of force needed to penetrate a target. In the art of weaving, kairos is the moment in which the shuttle could be passed through threads on the loom. Both illustrations show an exact choice that needs to be made.


Rhetoric
The modes of persuasion, or rhetorical appeals, are devices in rhetoric that classify the speaker's or writer’s appeal to the audience. Along with ethos, pathos, and logos, kairos is a mode of persuasion.
Kairos is very important in Aristotle's scheme of rhetoric. Kairos is, for Aristotle, the time and space context in which the proof will be delivered. Kairos stands alongside other contextual elements of rhetoric: the audience, those who will receive the proof; and to prepon, which is the style with which the orator clothes the proof.

Kairos in the Sophistic context is based on the thought that speech must happen at a certain time in order for it to be most effective. If rhetoric is to be meaningful and successful, it must be presented at the right moment, or else it will not have the same impact on the members of the audience.

Kairos, in modern rhetoric, dictates that what is said must be said at the right time.

Science
In scientific research and writing, the connotation rests on the spatial aspect of kairos, or the creation of "an opening," which can be created by the writer and discovered by the reader. This opening is the opportune time, or the kairos moment. Kairos emphasizes change and that is a key component in science. Hippocrates stated, however, that not every opening is an opportunity. This nicely ties in the rhetoric definition of the moment needing to be precisely right.

Kairos, after all this analysis, can be summed up simply as the right and perfect moment for expressing meaningful words or taking meaningful action. This could impact change for you, for your friends, or for the world.

See what I am working on and what publications are coming up next!
​home | about | writing | downloads | my style
I am a day dreamer and a night writer...and a lover of words